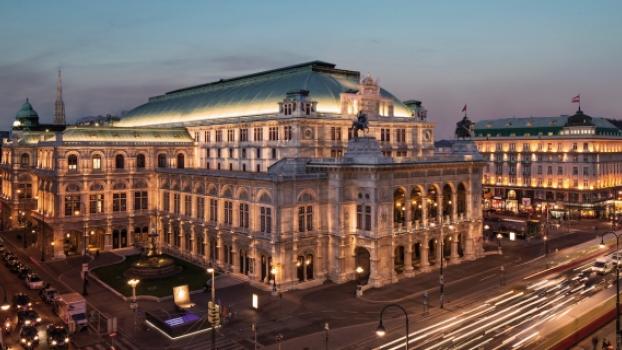 Culture
Music
Lifestyle
Entertainment
Austria
Vienna
Vienna
Vienna is often called the City of Music. And to be honest, this is well deserved. Many famous classical composers were Austrian like the Strauss bunch or if they were not Austrian, they moved to Vienna. Today, Vienna is proud to have three Opera Houses.

The Vienna State Opera is one of the world’s first opera addresses, with top productions at the highest level and a programme that changes daily. The opera house on the Ringstrasse presents more than 50 operas and ballet works on around 300 days per season. The repertoire ranges from the Baroque to the 21st century, with a focus on the 19th century. With opera live on the square, the Staatsoper offers classical music free of charge in April, May, June and September. Selected operas and ballets will be broadcast live on a 50 m² screen in front of the opera house. In addition, a live streaming service makes it possible to enjoy selected opera and ballet performances live and time-zone-shifted using state-of-the-art technology. The Staatsoper is also the venue for the Vienna Opera Ball, Austria’s most important meeting place for artists, politicians and entrepreneurs from all over the world, which usually takes place on the last Thursday before Ash Wednesday.

2019 marks the 150th anniversary of the opening of the Opera House on Vienna’s Ringstrasse: on 25 May 1869, the Vienna State Opera was inaugurated with Mozart’s “Don Giovanni”. The Vienna State Opera celebrates the anniversary on 25 May 2019 with a ceremony and the evening premiere of the opera “Frau ohne Schatten” by Richard Strauss. On 26.5.2019 there will be an anniversary celebration at Herbert-von-Karajan-Platz. The public space around the opera will be used in an unconventional way by singers of the ensemble, guests, the Vienna State Ballet, the State Opera Orchestra and many other artists - surprises included!

Already in autumn 2018 a symposium (17.-19.9.2018) will illuminate the history of the opera in Vienna, a second symposium on this topic is planned for May 2019. Two exhibitions are also dedicated to the 150th anniversary: the show 150 Years Opera House at the Ring in the House itself and Die Spitze tanzt - 150 Years Ballet at the Vienna State Opera in the Theatermuseum (from 16 May 2019).

The repertoire of the Vienna State Opera in the 2018/2019 season offers a unique range of 50 opera works, 16 ballets and 5 children’s programmes. The six opera premieres in the Haus am Ring include the newly staged repertoire classics “Frau ohne Schatten” by Richard Strauss and “Otello” by Giuseppe Verdi as well as Hector Berlioz’s “Les Troyens” and Gaetano Donizetti’s “Lucia di Lammermoor”. Manfred Trojahn’s “Orest” is a contemporary work and Johannes Maria Staud’s “Die Weiden” even a world premiere. More than 350 performances are scheduled for the coming season at the Vienna State Opera, of which 217 will be in the opera section and 58 in ballet. There are also eight concerts, nine vocal matinees, ten chamber music matinees, nine further matinees, numerous children’s opera performances, children’s concerts and other events.

Apart from the live experiences on the Ring, the State Opera continues its streaming service (www.staatsoperlive.com), with 45 virtual performances available. During the 2018/19 season, around 85 performances in April, May, June and September will be broadcast live on a 50 m² video wall at Herbert-von-Karajan-Platz with free admission.

The Volksoper is Vienna’s second largest opera house, offering a variety of stage performances with 300 performances per season. In addition to operas, classical musicals, contemporary dance and concerts, the operetta takes center stage. Today’s Volksoper Wien was opened in 1898 as the “Kaiser-Jubiläums-Stadttheater” and was initially run as a speech stage. In 1903, operas and singing games were included in the program. For selected operettas and musicals, English surtitles today bring non-German-speaking visitors closer to the action of the pieces.

The Theater an der Wien is not just any theater, but the house that Emanuel Schikaneder, versatile genius, actor, organizer and above all librettist of the “Magic Flute”, built in 1801 in the spirit of Mozart in Vienna. Since 2006, the Theater an der Wien presents itself as the third Viennese opera house, operas from the baroque and the present in contemporary aesthetics are his specialty. As a house with stagione operation, there is a premiere almost every month, as well as concerts and dancing. The Junge Ensemble of the Theater an der Wien also plays the chamber opera.