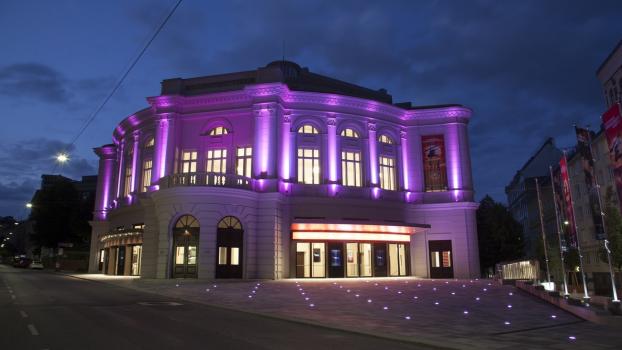 Culture
Music
Austria
Vienna
Vienna
Vienna is not London and not even the West End when it comes to musicals, but it is - without exaggeration - the most important Musical city in the German-speaking countries. Many musicals had their world premiere on one of Vienna's stages, like "Elisabeth", "Freudiana" or "Dance of the Vampires".

It all startet when Peter Weck, an Austrian actor who was known for his rather shallow roles of clumsy wannabe lovers in the 50ies and 60ies, took over "Theater an der Wien" and brought "Jesus Christ Superstar" and later "Cats" on the stage.

The Raimundtheater is Vienna’s largest musical stage and named after the great Austrian actor and dramatician Ferdinand Raimund. Together with Johann Nestroy he was the proponent of the Old Viennese People’s Theater and regularly managed to place criticism of the policies of Chancellor Prince Metternich not noticed by governmental censorship.

During the pandemic, the theater got a total revamp, including the square in front of the theatre.

For many years, the Raimundtheater was also an important stage - in addition to the Volksoper - for the Viennese Oerette. From the Theater an der Wien - which is now re-recorded with opera - the musicals were relocated to the Ronacher and especially the Raimundtheater. Thus, since the opening in 1893, not only numerous operettas premiered, but there were also many premieres of in-house productions of Vereinigte Bühnen Wien, e.g. “Dance of the Vampires”, “Rebecca”, “Schikaneder” or recently “I am from Austria” by Rainhard Fendrich. Numerous other popular musicals were performed there, e.g. “A Chorus Line”, “Les Miséérables”, “Phantom of the Opera”, “Mamma Mia!”, “Romeo and Juliet”, “Ich war noch niemals in New York” by Udo Jürgens as well as original musicals as “Elisabeth” and “Mozart!”.

The Ronacher is one of the two musical theaters of Vereinigte Bühnen Wien. Originally opened as a bourgeois competition to the court theaters, it was bought after a fire by Anton Ronacher unad rebuilt as Varietéétheter with attached Concert and Ballhaus. It was allowed to be eaten, drunk and smoked during the performances. Beautifully, operettas were included in the program. After the seizure of power by the Nazis, the house was aryanized and went entirely to the previous co-owner, while Samuel Schöngut was deported to KL Auschwitz and murdered.

After the Second World War, it served as a temporary accommodation for the destroyed by bombs Burgtheater. After being used for TV productions and a decade of vacancy, it was bought by the Vereinigte Bühnen Wien and reopened as the second musical theater in Vienna. Performed among others “Cats”, “Chicago”, “The Producers”, “Dance of the Vampires”, “Sister Act”, “Legally blond”, “Mary Poppins”, “Evita” as well as “Don Camillo and Peppone” and “Falco - A Cybershow”.