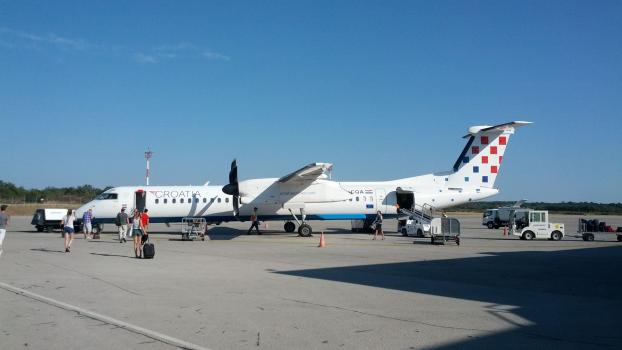 Travelling to Pula? As more and more investments from national and international tourism groups has poured into the country and especially Istria, the touristic infrastructure has finally reached - and sometimes surpassed - European standards.

Again,  airspace is congested over Southern Germany and I start thinking when this hasn’t been the case. It seems that the airspace above Hesse, Bavaria and Baden-Wurtemberg is congested as soon the first rays of the summer sun start to peel themselves through the winter clouds.

There is no direct flight from Vienna (VIE) to Pula (PUY), so you usually have to transfer at Cologne-Bonn (CGN) or Stuttgart (STT). At least, when you travel with Eurowings - the airline with the most connections from Germany to the Istrian peninsula. So when you fly from Austria to Germany and then to Croatia - or the other way round -  one is doubly affected by German air traffic problems and you always risk to miss your connection flight. So when booking, please check, if there is enough time between your flights. 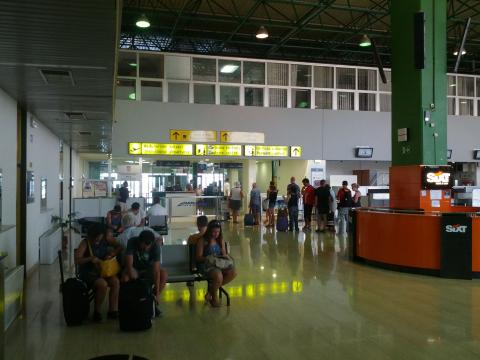 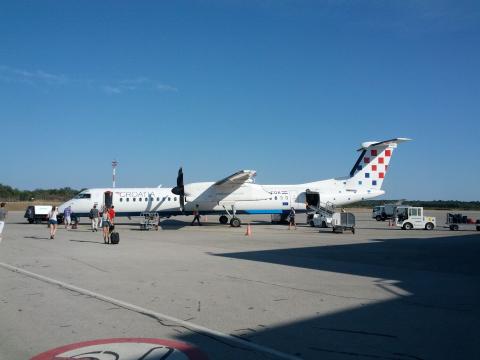 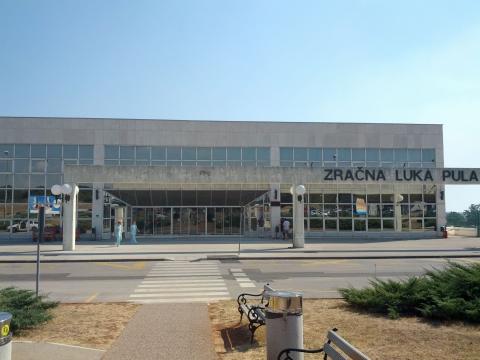 Pula airport is located just a 6 kilometers outside of the ancient roman town center. If you stay in the city, you better take the shuttle bus connecting the airport and the bus station. There are busses from other cities in Istria, e.g. Poren or Rovinj, too. But most of the passengers take a car.  A few years ago, a toll motorway originating at the Slovenian border has been completed. It takes about 45 minutes from Poreč to the airport.

For many years, PUY has been a sleepy backwater airport, with connections to Zagreb (ZAG) and Zadar (ZAD) by Croatia Airlines twice a day during the summer season. But that has changed in recent years with the booming of Croatias tourism industry. As more and more investments from national and international tourism groups has poured into the country and especially Istria the touristic infrastructure has finally reached - and sometimes surpassed - European standards. Additionally no-frills airlines from all over Europe have opened direct connections to and from Pula.

In 2015, departing from Pula was a boring endeavor. The most lively place in the departure (and arrivals ) hall was the wrapping machine where you could wrap your luggage with plastic foil. There was a little Bistro with a few dry ciabattas and plenty of loitering airport staff with questionable attitude towards friendliness and professionalism. The latter hasn’t changed that much, but nowadays, you can avoid endless queues by checking-in online and avoiding checked baggage. The only ennui today are passive aggressive security personell and communist-style border control officers. In a few years, after Croatia will have joined the Schengen-area, even border control will be a time of the past. 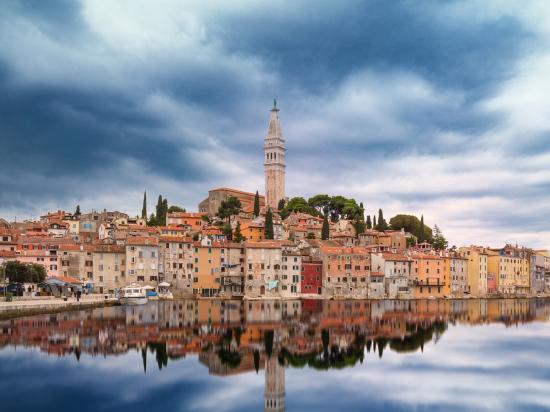 Back to 2015 again: There was no café, no shop and no duty free shop after the security control. Sorry, there was a duty free shop, but it was only open when flights from Non-EU countries came in.

Remember the first paragraphs of this article, keyword air traffic congestions! It happened quite a lot that you were stuck in the „transfer zone“ for three our four hours with nothing to distract you from your misery. The only highlight would be going to the bathrooms every 30 minutes or so. I always tried to smuggle some soft drinks through the security control, as there was no shop inside and tap water is highly chlorinated. Sometimes I succeeded and had to bear the hateful looks from my travel companions or most of the times, I was the one staring angrily at more lucky liquid smugglers and getting more and more thirsty every minute, airconditioning being an invention not having reached the shores of Istria yet.

And then the Russians discovered the Adriatic sea, including the Istria. And everything changed. Suddenly, you could spot ads in Cyrillic signs everywhere and the the destination became more attractive for airlines from London Luton (LTN) to Novosibirsk-Tolmachevo (OVB) and Bergen Flesland Airport (BGO) to Ben Gurion Airport (TLV).  And with the international airlines came more entertainment a restaurant with a tolerable caffe latte and tasty mediterranean treats as well as shops and WLAN hotspots and particularly noteworthy the duty free shop began operating all day long.

For smokers, cigarettes are still way cheaper even on intra-EU flights than in most of your home EU countries and the assortment of Croatian and Istria delicacies is formidable. I can definitively recommend truffles products from regional producer Zigante. You can buy white truffles oil or pesto for very reasonable prices. Croatian olive oil has become an insider tipp over the recent years and even souvenir bric-brac, like Trulli-Houses from the cars region of Dalmatia or replicas of the ancient Roman arena of Pola have at least some artistic value. Regional products such as truffles sheep cheese, Istrian prošut or olive-sea-salt crackers show the richt culinary heritage of and taste really fine. And if you don’t care for country-specific products and are into mainstream perfumes or Calvin Klein boxers, you’ll be happy at the Pula Duty Free shop, too. Prices indicated in Euros.

There are even some fun areas for kids and an open air terrace on top of the building where you can watch arriving and departing planes from exotic airlines, notably Russian airlines, closer than on most other airports.

Considering that, before the Balkan wars that blew up Tito’s Socialist Federal Republic of Yugoslavia, was an airbase for the Yugoslav People’s Army Airforce MIGs, Pula Airport and the autonomous County of Istria has come a long way.