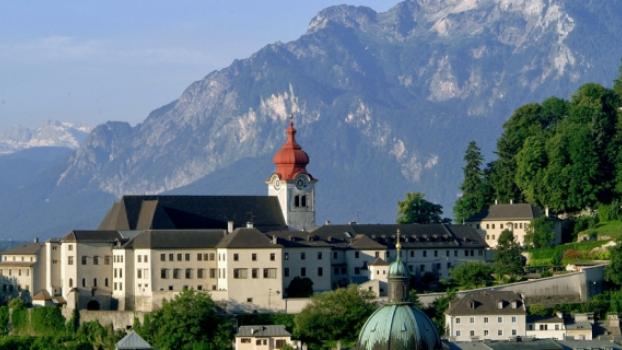 The Sound of Music? Never heard about it ...

Culture
Arts
Entertainment
Austria
Salzburg
Salzburg
The movie’s has been such a hit, particulary in the USA and Japan, that Salzburg Tourism organizes “Sound of Music Tours” to the original movie locations of the Trapp Family epic and has shaped the image of Austria of generations of Americans - to our delight or shame, depending on who you ask. But believe it or not: The movie is almost unknown to Austrians.

The movie has been filmed in 1965 under director Robert Wise, with Julie Andrews as Maria and Christopher Plummer als Captain von Trapp and is considered as one of the most watched films of movie history with more than 1.2 billion watchers and its one of the most favorite musicals of all times. It got 5 Academy Awards (10 nominations) and a Golden Globe for Julie andrews as best actress.

Don’t underestimate the gayness-factor. IMDb speculates about who of the actors is gay, the soundtrack supposedly belongs to the Top 100 music list of every gay men and besides, the movie’s got everything gay men love: singing and dancing actors, musically fleeing gad NAZI guys and unbelievably shlushy songs and hey: I’s a MUSICAL!

The storyline is a quick recount: The novice Maria is sent by her congregation to take care of the many children of widowed Baron von Trapp who is obviously overstrained. And Maria loves singing. Her love for singing soon leaps ofer to the children and after some initial see-saw, the baron also likes it and more, he first likes, then loves Maria, although he’s interested in a Viennese baroness in the beginning and initially doesn’t really like the constant singing and yodeling of his offspring. Certainly, it’s a movie and therefore something bad has to happen too, because of dramaturgical constraints. The bad guys are pretty obvious, as the movie plays shortly before and after the Anschluss (annexation) of Austria to the German Reich under Hitler’s NAZIS. The baron - a veteran navy captain is called by the Wehrmacht to join their ranks as submarine commander and he refuses, the subsequent prosecution by the NAZIS implicated. The Trapps - now married - arrange a farewell concert in Salzurgs Felsenreitschule and the blended family finally succeeds in fleeing Austria to Switzerland over the mountains.

The musical doesn’t stick to facts. The von Trapps didn’t flee to Switzerland, but took the train to Italy. And in Austria nobody would eat Schnitzels with noodles (that’s Milan, baby). Just as “Edelweiss” isn’t the Austrian National anthem, even the Landler - a waltz - has been choreographed and composed just for the movie isn’t a traditional Austrian folk dance.

But all that doesn’t derogate the good vibes, it’s a musical and entertainment and no critical disquistion on Austria’s Anschluss to NAZI Germany after all. Austria’s image in the world didn’t suffer at all, just the opposite, because there can’t be bad NAZIS, where such beautiful songs are sang in such beautiful mountain scenery. And if Austria’s national anthem was “Edelweiss”, certain Austrian Schlager singers wouldn’t have to persist on the fact that Austria hasn’t just great sons, but also greath daughters.

The Trapp Family has toured the whole of the USA and the many decendants can live perfectly well from the many annual reruns, Salzburg Tourism ships millions of American and Asion tourists to the original filming locations, be it Leopoldskron castle, the Gazebo near Hellbrunn castle or the church of Mondsee. Beneficial for everybody.