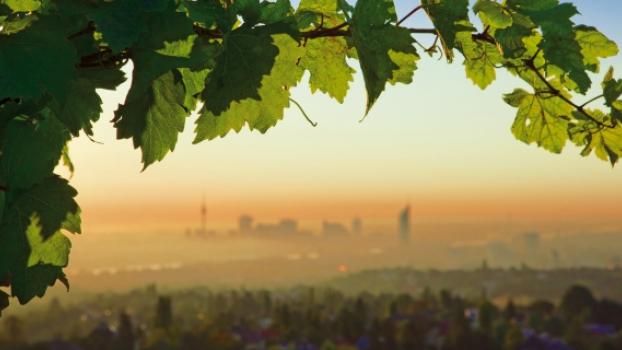 Vienna, Wine and the Viennese Heurigen

Going out
Dining
Stories
Austria
Vienna
Vienna
Vienna and wine are inseparable. Vienna is the only world capital to produce significant quantities of wine within the city limits. And wine cultivation is one of its hallmarks.

But there is more to Viennese wine than that – it is an economic factor, a defining element of the urban image, a contribution to the urban ecosystem but also to people’s wellbeing – for both the Viennese and the guests to this city. In a worldwide first, a new law enacted at the start of 2015 stipulated that the capital’s vineyards had to be used for winegrowing to prevent valuable growing regions from falling prey to real estate developers – effective heritage listing the city’s vineyards.

For years wine was almost only associated with the heuriger, the typical Viennese wine tavern but in the meantime it has almost become a household word. Vienna is becoming ever more established as a wine-growing region. Each year Viennese wine is the central focus of numerous events and has become a fixture in many wine bars, wine shops and inns of the city. In short: Viennese wine is readily available and can be enjoyed at many spots in the city.

Traditionally, Viennese wine is drunk at the heuriger. Today’s wine tavern law goes back to an ordinance issued by Emperor Josef II in the year 1784. It allowed wine growers to serve wine produced in their own vineyards. A place where the Viennese heuriger wine is offered can be recognized by the “Ausg’steckt” sign and the fir branch which also indicates that the tavern is open. These two symbols also guarantee that only self-produced Viennese wines are served here. The relaxed atmosphere, the gardens on the edge of town, the good wine and the tasty delicacies make the heuriger a popular destination for a diverse public. The word “heuriger” also has a second meaning. It is used to refer to wine from the current year which is “christened” on St. Martin’s day (November 11) before being receiving the title “Altwein” (old wine) on the same day a year later.

Buschenschank Stiftskeller St. Peter in Dornbach is Vienna’s inofficial gay Heuriger . But beware, a Heuriger isn’t oben 24/7/360, but only on the days you can see a “Buschen” (Bouqet made of Flowers and Wine Leaves) outside, hence the expression “Buschenschank.” No worries, you don’t have to go there yourself to find out, if the place is open, just look it up in the internet.

n Vienna, there are several places where you’ll finde Heuriger. The most famous - but overwhelmingly touristic - wine village is Grinzing. But there are plenty of Heuriger in Mauer, Ottakring, Neustift and Heiligenstadt as well. Additionally, there are many Heuriger within the limits of the city center, called Stadtheuriger. They’re most likely in old wine cellars in ancient vaults. Most of Vienna’s vineyards can be found at Vienna’s rolling hills - Kahlenberg and Leopoldsberg, but also across the Danube in Stammersdorf, where you will find the Vienna’s longest wine cellar row.

Vienna as a Wine Region

Vienna is not only a province and the capital of a province. It is also wine-growing region in its own right with a wine-growing surface of about 700 hectares and average annual production of 2.4 million liters. About 80% of the area under

cultivation is covered with white wine vines. Wine types such as Riesling, Weissburgunder, Grüner Veltliner, Sauvignon Blanc and Gelber Muskateller produce distinctly fruity and elegant wines. A growing number of Viennese winegrowers are producing red wines, in particular Zweigelt and St. Laurent along with trendy international types such as Merlot, Pinot noir and Syrah. The Viennese wine is influenced both by the Pannonian climate contributing to its maturity and the cool winds from the north lending it fresh and fruity notes. A perfect interplay of forces, producing fruity-elegant wines that are fun to drink and are the perfect accompaniment to a heuriger snack or Viennese cuisine.

Of course, vine isn’t neglected, when it comes to gay and lesbian bars and clubs. The locals favourite drink is “Spritzer” or “G’psritzer”, mixing white whine with mineral water. But you already do know that expression from Aperol Spritz, don’t you? In this case, a sip of Aperol is added to the wine.

How to prepare Wiener Schnitzel on your own!

Viennese cuisine is world famous for its culinary delights. And by the way: it is the only cuisine in the world named after a city. A particularly representative food-export of Austrians charming capital is the legendary Wiener Schnitzel.
Dining
Stories 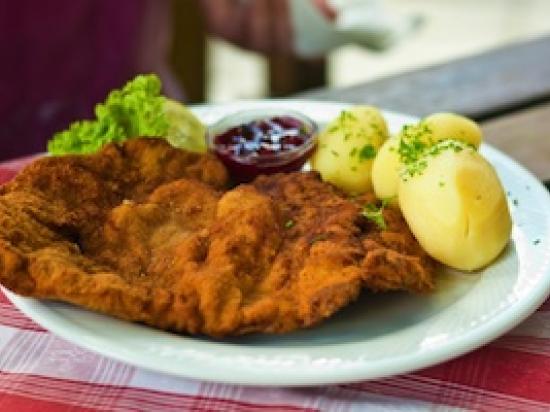 Vienna without sausage? Is barely conceivable. The sausage stands are the essence of the cityscape, obvious to every visitor at almost every corner. They didn’t appear just yesterday … they are a viennese institution since more than 100 years. Wanna eat a „Würstel‟?
Going out
Dining
Stories 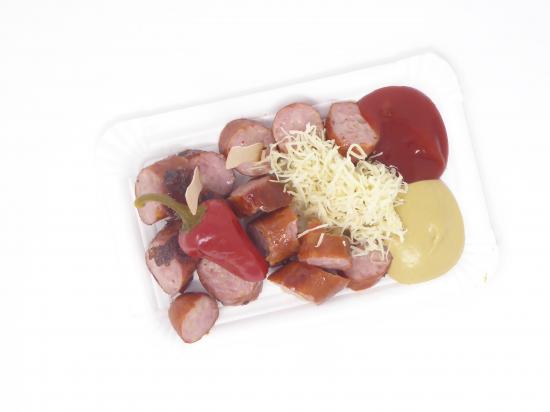 Austrian cuisine is influenced from the former Austro-Hungarian-Empire and can be quite stodgy with all the fried and baked stuff. Also famous are the excellent pastries and cakes, such as strudel, baked dough filled with a variety of fruits and a sprinkling of raisins and cinnamon.
Culture
Going out
Dining
Travel info 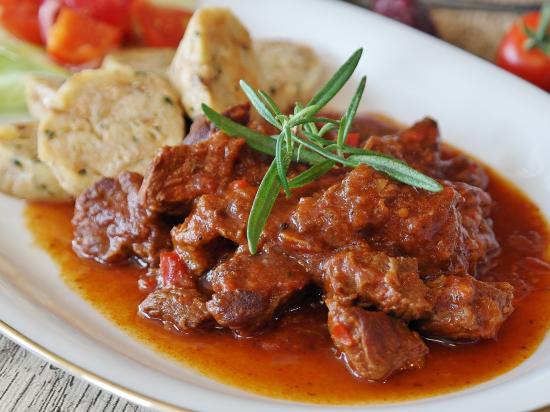