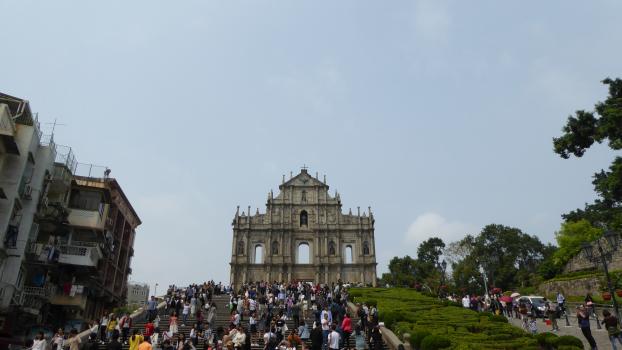 A Daytrip to Macao

Travel
Travel info
Macao
Macao
Is Macao worth a trip when visiting Hongkong? I asked myself the same question when staying in Hongkong for a few days and I am really glad that I made that trip. Here you will find the essential information for your short visit.

And again, the answer is yes. I want to provide you with some information that makes your desicion wether to visit the city state or not a little easier. Because it depends from where you want to visit Macao. That has to do with visa regulations, transport facilities and so on. Check it out and make an informed transition.

How much time to spend in Macao?

The best option is a day trip from Hongkong. Hop on a hydrofoil in Hongkong in the early morning and visit the old town on the peninsula first, before you take the bus to the Cotai casino strip to spend a few hours in the huge resorts, shopping malls and food courts, unless you really are into gambling.

How to get to Macao?

Most of the visitors take a ferry just across the Pearl River Delta from Hongkong. The journey will take you one hour by hydrofoil from Hongkong. My suggestion is to buy your return ticket directly in Macao before returning, because there are two hydrofoil companies making the trip between Hongkong and Macao from three different terminals in Hongkong to two different terminals in Macao.

There are two ferry terminals in Macao - near the old town and one next to the airport close to the casino resorts.

Macao International Airport serves major cities in Mainland China and some international routes in South East Asia like Bangkok, Kuala Lumpur, Manila, Osaka, Seoul, Singapore and Taipei. The airport is functioning as the main hub for Air Macao and also managed to attract some no-frills airlines as the various incarnations of Air Asia.

In 2018 Hong Kong - Zuhai - Macao Bridge has opened and links the two Special Administrative Regions by a series of bridges and tunnels. Check out the bus schedule.

I definitively recommend taking the hydrofoil. It’s a unique experience to race like a bullet  across the Pearl River Delta and also the prices are very reasonable.

Most of the Western nationals, certainly not nationals from the European Union, USA, Canada, Australia  EU are not required to obtain a visa for entering S.A.R. Macao (S.A.R. means Special Administrative Region). Beware that Macao and also Hongkong are parts of the People’s Republic of China, but are granted economic and some political autonomy under the „One country, two systems“ constitutional principle of China, formulated by Deng Xiaoping in the early 1980ies.

Chinese nationals, like any „foreign“ tourist need a valid passport valid at least six months upon entry. It is not possible to reenter or travel further to Mainland China from Macao, this is why we strongly recommend planning your trip to Macao from Hongkong or foreign states.

When entering the SAR, you will have to use the automated border control system by scanning your biometrical passport. After scanning the passport you will receive your entry permit on a small paper strip just like in Hongkong. Do not throw away or lose the entry permit, you will need it for exiting Macao.

Are the gambling resorts in Macao worth a visit?

The short answer is: Yes, they are! But why would you be interested in visiting China’s version of a gamblers paradise like Las Vegas?  Well, because everything is even bigger and more impressive than in Las Vegas.
Lifestyle
Shopping
Entertainment
Hotels
Stories 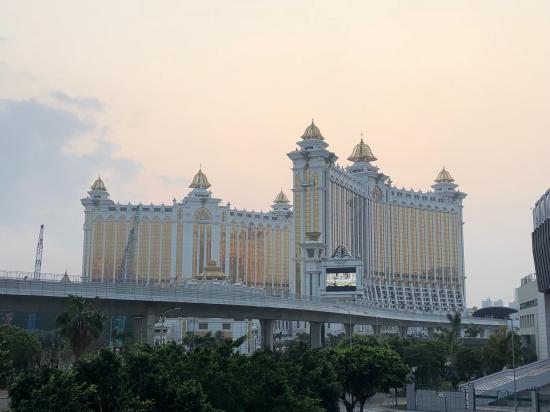 How to get around in Macao?

In the old town, you can easily walk every distance on foot and not get exhausted. There are buses from every ferry terminal and the airport to the old town and the casino resorts.

There are two bus companies. Expect a flat rate of MOP$ 3.20 for bus rides on the peninsula (old town) and MOP$ from the old town to Taipa, where the casinos are.  The best station for the public busses to the casino resorts would be near Lisboa Hotel .

The hotel shuttles are free and probably the best way to get around in Macao. Check out the bus schedules of your favorite resort on their website before you go.

The official currency of Macau is the Macau Pataca (MOP) and tied to the Hongkong Dollar at a fixed rate of 1 HKG $ equals 1.03 MOP $.  But you don’t have to exchange money, as the Hongkong Dollar is widely accepted in Macao, such as ATM cards and international credit and debit cards. Expect to receive your change in Patacas though.

The smartes way to pay your bills, ticket and shopping bargains is to youse your Octopus Card you should already have obtained while staying in Hongkong.  It’s a smart payment card originally introduced by the Hongkong public transport system but has evolved into a generally excepted payment method over the years.

As Macau heavily depends on day trippers from Hongkong and international tourists,  English is widely understood, if not spoken. It might help to use a picture dictionary or write down your destination in Chinese.

You can also use a translation app that allows to download offline content on your mobile from the Apple Apps store or Android’s Google Play.

But do not worry, communication won’t be an issue and one of the first things you will receive is an English map of the SAR.

There is free Wifi in public parks in Macao. Check out the website:
https://www.wifi.gov.mo/en/ Don’t worry if your browser says the website is not secure, as it is an official website of the government.

Almost all of the bars, cafés and restaurants offer free wifi, so there is no need for buying a SIM card for your day trip. Most of European and American mobiles also use different frequencies than Asian countries.